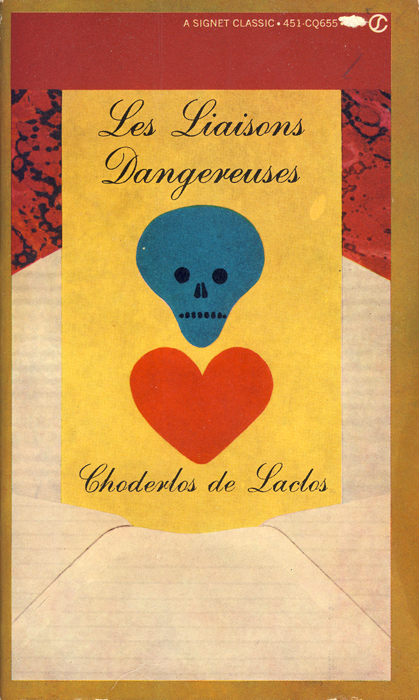 Love, sex, seduction. Of the three, only the last matters. Love is a meaningless word, and sex an ephemeral pleasure, but seduction is an amusing game in which victory means power and the ability to humiliate one’s  opponents and revel with one’s friends. So it is for the Vicomte de Valmont and the Marquise de Merteuil, two supremely bored aristocrats during the final years before the French Revolution. Together they concoct a wildly wicked wager: If Valmont can successfully seduce the virtuous wife of a government official (Madame de Tourvel), then Madame Merteuil will sleep with him again. But Madame Merteuil also wants Valmont to seduce the young and innocent former convent schoolgirl, Cécile Volanges, as a way of getting back at  her ex-lover and Cecile’s future husband, Comte de Gercourt. Can he do both?

They say Dangerous Liaisons is one of the best explorations of evil that exists in literature and also a tale of love, hate, and lavish deviousness. In spite of that, I wanted to start reading “The Magic Mountain” (Thomas Mann) or Hermann Hesse’s “Steppenwolf”, but in the end – against my will – I got stuck with “Les Laisons Dangereuses”. Let’s just say that this was the latest choice of another person and I was very pleased to be forced to read it, as there was no way I’d have picked it up myself! At first I didn’t like it that much: “Les Liaisons Dangereuses” is an epistolary novel and I never had a good experience with this type, they are simply not my cup of tea. Second, from movie adaptations I knew the story so well that I was simply afraid I will be bored. Nevertheless, I decided it was time to face this scandalous, marvelous and well know throughout centuries novel that Marie Antoinette kept under her bed.

I thought to wait until I read the whole 500 pages 😀 before writing a book review, but I can’t help but note that this is one delightfully depraved and wickedly entertaining book. And I don’t mean it literally. By “delightfully depraved” I mean that the characters are marvellously wicked, well constructed and complex; they lack moral principles, conscience and ethical actions and reactions, but they are absolutely fascinating as anti-heroes (oh, you should know that this novel doesn’t have any heroes, only anti-heroes and there is no happy ending for anyone: no one comes out unscathed in Liaisons and it is a very dark and shocking book even by today’s standards). I think that the thing that has fascinated me the most – so far – is the incredible spider web created by Marquise de Merteuil and Vicomte de Valmont. They seem to me like a spider web, almost invisible, but sticky and impossible to get out of. Or like a Venetian lace – stunning with its beauty and inconceivable to untwist.

Another thing I like – the characters are very different: Marquise de Merteuil and Vicomte de Valmont are both so deliciously sinful – it is impossible to simply hate them or to simply love them. In particularly, I like Valmont for refraining from using any types of violence in his seductions – he wants his victims to come to him willingly and with love. On the other hand, I found myself calling him an evil bastard out loud on more than one occasion. Given that the story provoked such a strong reaction in me suggests that it’s worth reading. : )) So, as you see, it’s pretty hard to only love or only hate these two. Let’s go on with our characters: Cécile de Volanges is comically naïve. Chevalier Danceny always seemed to be annoying to me. And boring (but, well, I don’t like lovey-dovey guys that much, so I’m being just subjective). Madame de Tourvel is fragile and also naïve (in spite of Valmont’s reputation, she doesn’t even suspect that he has decided to make her fall in love with him, sleep with her and then leave her), but not like Cécile in a childish way, but rather in sentimental way. Madame de Volanges – Cécile’s mother is completely clueless. All these characters were masterfully created by Choderlos de Laclos with the level of psychological analyze. It is amazing how he could see people to reproduce all the depths and complexity of the characters in letters. Letters can also help you see characters from other people’s points of view, and in the case of Dangerous Liaisons, letters are the perfect vehicle to highlight how certain characters show different faces, or facets of their personality, to different people. Or just the perfect vehicle to highlight the underbelly of human nature.

One thing I didn’t like so far: Cécile (not even a woman, more a girl really, she’s 15 or so) gets raped and ends up liking it and asking for more; it’s kinda disturbing to realize that she isn’t just a particular case, but the exponent of the entire 18th century’s society. The casual cruelty of Valmont and Marquise de Merteuil are disturbing, both as fascinating, as I’ve already said. But, in the end, “Les Liaisons Dangereuses” in a study of Sadism and a play-by-play of how people deceive, seduce and manipulate others to their will; it examines the underbelly of human nature. Merteuil loves Valmont and Valmont de Tourvel love each other as much as vain, narcissistic people can love another, but they will not bend to the other and relinquish their power, which is why they can not, ultimately, co-exist; these odious characters will never submit to true feeling at the expense of their reputation and the face that they show to others.

To make it short, undeniably, “Les Liaisons Dangereuses” is a piece of art. Some readers consider the fact that this novel was written in 18th century to be a flaw of the novel, but (at least now) I completely disagree, because I almost don’t know contemporary writers, who can manage, develop and illustrate the voices and the personality of the characters as well as it was done by Choderlos de Laclos in more than two centuries ago. This book seems to be a warning to society that idleness is a step towards the evil’s playground (evil = bored aristocrats who destroy other lives in order to alleviate their ennui). All by all, as I’ve already said, it’s a marvellous and delicious tale that is wickedly entertaining and delightfully depraved. And it makes you think about your own “liaisons dangereuses”… I hope to be back soon with a real book review. 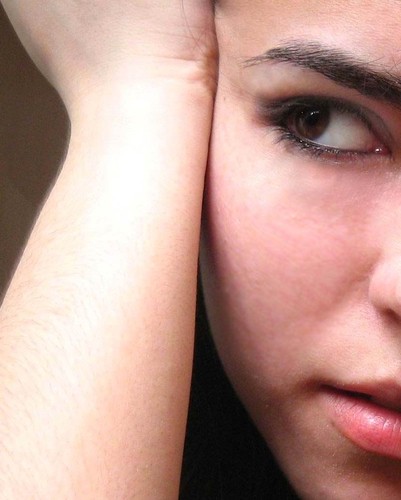