Steve McCurry: gorgeous photographs of people reading around the world.

Photojournalist Steve McCurry is best known for shooting one of the most famous photographs ever taken -– 1985′s “Afghan Girl,” an image of a young girl with sea green eyes staring defiantly into the camera. But war and those affected by it are not his only subjects. “Like most photographers, I’m fascinated by people in everyday situations,” he says. “The work I do is mostly wandering and observing human nature and human activity, working and playing and leisure time. As you’re walking around the streets of China, India, New York, whererver -– it is fun to photograph people simply doing things.”

McCurry’s photos cross these cultural and socioeconomic boundaries. His personal favorite of his collection is a photo of a young Thai man reading a book while nestled up to the back of an elephant, shot earlier this year (and reproduced below). Among the two dozen images posted online is  photo of a group of Chinese men perusing newspapers through a shop window, another of  an Afghan shopkeeper reading in his modest stall, and one Italian monks in contemplation with their Bibles.

As a photographer, McCurry is always on the hunt for the “unguarded moment,” that slice of time that reveals something personal and honest. “Reading offers a time for contemplation. Even in Afghanistan, where life is not easy, you notice people in unlikley circumstances reading,” he says. “I have a picture of a man in a manhole (below) -– he was using it as a bomb shelter between air raids — who was reading the book. Reading is something any literate person is drawn to do and it becomes a part of your life. It’s just one of the things that connects us all together, that reminds us that we’re all the same.” 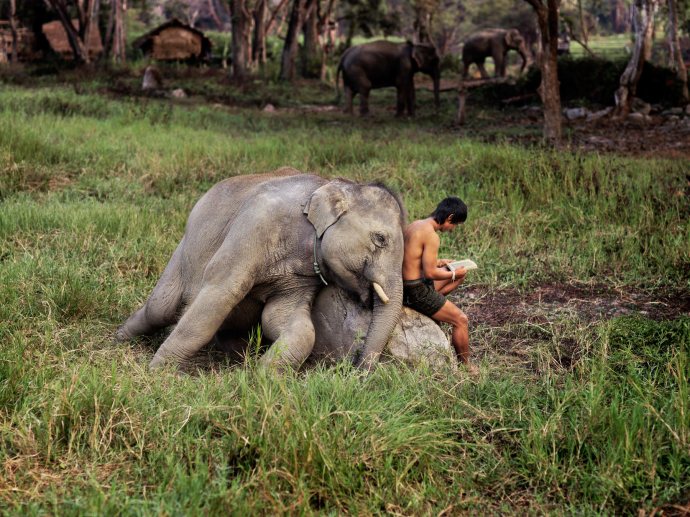 END_OF_DOCUMENT_TOKEN_TO_BE_REPLACED

Where children sleep: a round-the-world tour of bedrooms.

Out of sight, out of mind, the phrase continues to plague my perspective. I suppose that’s why traveling’s so important. And that’s exactly what Kenyan-born, English-raised, Venice-based documentary photographer James Mollison explores in Where Children Sleep – a remarkable collaborative project between him and American journalist Chris Booth capturing the diversity of and, often, disparity between children’s lives around the world through portraits of their bedrooms. The project began on a brief to engage with children’s rights and morphed into a thoughtful meditation on poverty and privilege, its 56 images spanning from the stone quarries of Nepal to the farming provinces of China to the silver spoons of Fifth Avenue.

Perhaps most interestingly, this project was designed as an empathy tool for nine- to 13-year-olds to better understand the lives of other children around the world, but it is also very much a poignant photographic essay on human rights for the adult reader.

One of the more meaningful photo series I’ve come across in a while, these photographs paint a reality that is difficult to depict through words, revealing shocking differences across countries, going from girls with thousand dollar dresses in their private mansions to shepherd boys sleeping with goats.

Read on to let Chris Booth and James Mollison show you where children sleep.

Lamine, 12, lives in Senegal. He is a pupil at the village Koranic school, where no girls are allowed. He shares a room with several other boys. The beds are basic, some supported by bricks for legs. At six every morning the boys begin work on the school farm, where they learn how to dig, harvest maize and plough the fields using donkeys. In the afternoon they study the Koran. In his free time Lamine likes to play football with his friends. 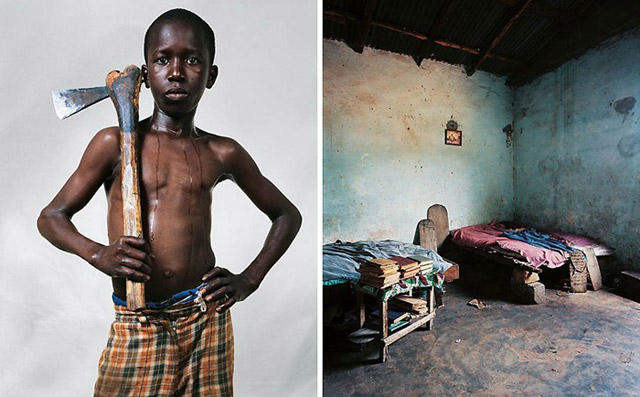 END_OF_DOCUMENT_TOKEN_TO_BE_REPLACED

Russian photographer Murad Osmann creatively documents his travels around the world with his girlfriend, Nataly Zakharova, always leading the way in his ongoing series known as Follow Me To.

With her back turned, never revealing her face to the camera, Osmann’s girlfriend guides us all on a journey across the globe to some of the most beautiful, exotic, and radiant environments. There are also comforting and familiar settings mixed in for good measure.

Whether the couple is spending a romantic night in Moscow, having an exotic adventure in Asia, wandering the streets of Tokyo, or simply going to Disneyland, Osmann keeps a visual record of their escapades as he trails behind his beloved.

He shoots the photos either on his iPhone or digital SLR camera and processes them using multiple filters in the Camera+ app before posting on Instagram.

Enjoy this exciting series and get inspired.